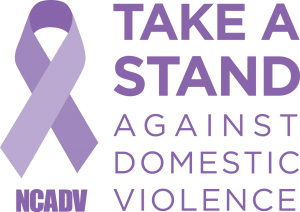 Domestic violence affects individuals across all race, gender, socioeconomic and geographic lines. Women are victims at greater rates, clearly, and pregnant women are particularly vulnerable to the abuse of power that exists in relationships involving intimate partner violence. According to the Center for Disease Control, one in four U.S. women will be victim of intimate partner violence.

Among women who report their reason for seeking abortion, domestic violence ranks high with 6%-22% reporting intimate partner violence. Women cite their abusive partner preventing them from having an abortion as a means of control; a way to keep her dependent on him. Women also cite not wanting to bring a child into an abusive relationship as a reason for seeking an abortion as children in abusive relationships are often used as leverage by the abuser to control women. This takes the shape of threats or actual violence against the child, or threats to take the child away from the mother if she threatens to leave the relationship.

Controlling access to birth control or manipulation of birth control is another means by which an intimate partner exerts dominance over a woman’s autonomy. The Institute for Women’s Policy Research recently released a report finding that four in ten survivors of intimate partner abuse reported reproductive coercion—that is, their partner attempted to get them pregnant against their will or stopped them from using birth control—and 84% of those victims reported becoming pregnant as a result. Intimate partner violence has long lasting consequences for survivors: “[U]nplanned pregnancy can negatively affect women’s ability to establish economic independence and security by diminishing their educational and work opportunities, increasing their caregiving responsibilities, and generating a range of financial costs associated with supporting a child.”

If we get to the place where each state determines its regulations around abortion, state and local elections will become critical in the fight to preserve access. While federally there may continue to be a constitutional privacy right for a woman to decide to seek an abortion, a state may enact regulations such as mandatory delays, right of refusal, parental notification and/or consent, and biased counseling, which effectively render that right meaningless. These types of obstacles disproportionately impact poor women and women of color.

We’ve seen this so far in states like Mississippi, where 91% of women reside in counties that do not have an abortion clinic. Accordingly, while there is a right to abortion, there is no clinic or provider. Women who have resources to travel to another state will be able to access a provider, while women in marginalized groups due to such factors as poverty, intimate partner violence, or immigration status, will continue to suffer the myriad consequences of unplanned pregnancy. To learn where your state stands on reproductive justice, visit NARAL.

In the meantime, voting is critical. But it isn’t sufficient to end the exploitation and oppression of vulnerable women. We must harness the awareness generated during Domestic Violence Awareness Month supported by well-established data to influence policy-makers at all levels in order to provide true equity and reproductive justice for all.