Breaking the Bias: 3 Harsh Realities of Gender Bias in Healthcare 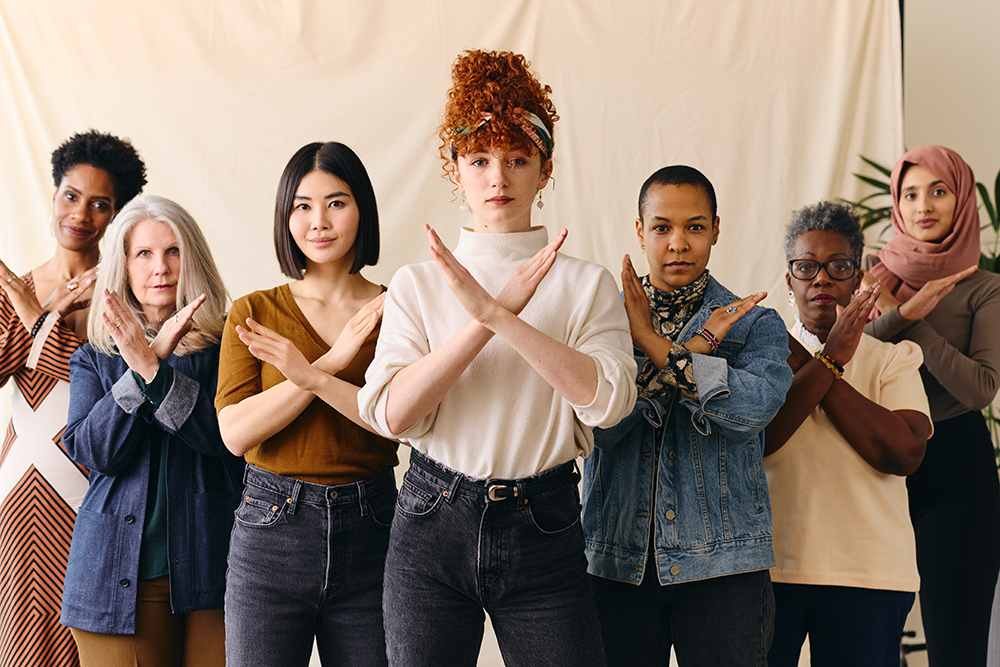 Here’s the reality: Gender and power significantly matter in healthcare.

It shouldn’t matter (imagine all the people missing out on care because of it!), and my hope is that we continue to work to create a future where all that matters in health care is what you need.

👉  Before I continue, I want to be clear that when I say “woman” or “women” in this article, I’m referring to any and everyone who identifies as a woman. Medical research and data have long ignored the realities of trans and nonbinary people, typically only providing information for those who were assigned female at birth (AFAB), and that’s a part of breaking the bias, too.

Women comprise nearly half of the global population and have a significant influence on the well-being and success of families, communities, the workforce, and the economy. Yet, there’s a global disparity in women’s health care and — despite the best intentions and hard work of many people — widespread gender bias still exists and causes more and more harm.

Gender bias is a result of sexism and leads to outcomes that negatively affect the medical diagnosis and quality of healthcare women receive, leading to substantial delays in diagnosis, misdiagnosis, and even death.

Patients, doctors, researchers, and administrators can all hold biased views about gender — and these views will undoubtedly impact how the healthcare system works plus the outcomes.

Now, here’s a dose of truth that not everyone can admit to themselves.

💡 Almost everyone holds some form of gender bias, whether or not you realize it. Bias is either conscious or unconscious, so when it’s largely influenced by the messages we absorb from our environments, that’s considered implicit bias. But if you know and recognize your bias, that’s an explicit form of bias.

Is one better than the other? Nope. Both explicit and implicit bias influence behaviors, which creates a path to discrimination, reinforced inequity, and marginalization.

This Women’s History Month and International Women’s Day, I choose to #BreaktheBias and challenge the way gender is perceived in healthcare to ensure that anyone who needs access can get it without experiencing prejudice. To start, let’s take a look at some more results of gender bias.

3 Effects of Gender Bias We Can’t Continue to Overlook

1. Invisibility in Research and Treatment

Gender bias is a preference often based on false beliefs or generalizations. Being a woman, for example, puts you at higher risk of some of the most challenging conditions. And more often than not, you’ll have to be your biggest advocate to find treatment and support.

In her book, Doing Harm: The Truth About How Bad Medicine and Lazy Science Leave Women Dismissed, Misdiagnosed, and Sick, author Maya Dusenbery suggests many conditions that impact women are under-researched and often go undiagnosed and untreated.

To highlight the bigger picture (and all the details in between), she brought together scientific and sociological research, interviews with doctors and researchers, plus personal stories from women across America to provide a comprehensive look at how sexism in medicine harms women today.

And she’s not wrong. A United Nations global report found that close to 90% of all people have some form of gender bias against women (!) — let’s check out some statistics from Medical News Today about what sexism looks like in healthcare:

Additionally, inequity in medical research only reinforces gender bias. Throughout history, for instance, many scientists believed that men made the best test subjects, simply because they don’t menstruate and experience pregnancy.

The result of this? Well, we’re living it 👉 A vast amount of research from before the 1990s is highly limited because it only involved male participants, leading to gender blindness in research and treatment.

Fast forward to today, women now make up around half of the participants in clinical research supported by the National Institutes of Health. Yet, this doesn’t make up for the blindspots from decades of biased research that still informs global healthcare practices.

2. No, Women Aren’t Lying — Yet They’re Not Believed

Gender stereotypes can impact how a doctor treats illnesses and approaches their patients.

The article also cites research that indicates that doctors are more likely to treat women’s pain as a product of a mental health condition, rather than a physical condition. (💡 This dates back to the early 19th century when hysteria was considered a diagnosable physical illness in women.)

In another survey of physicians and dentists, respondents overwhelmingly shared the belief that women exaggerate their pain — and 40% of those respondents were women. That means gender bias exists within ourselves, too!

How many lives could have been saved or improved if just one clinician dared to break the bias in others and themselves?

The main consequence of gender bias is that women receive worse care than they deserve, which increases their health inequity.

Less inclusive medical research = significant gaps in knowledge that cause many doctors to know less about women’s and trans health than male health. Plus, when doctors don’t take women’s symptoms seriously, it leads to delayed or incorrect diagnoses and improper treatment.

Additional outcomes of gender bias and doctors not believing or underestimating their patients include:

If we break the bias, we can help women lead longer, healthier lives.

Although policies are being created and implemented to help address the major gender divide in medicine, there’s still a long way to go. 👉 More health organizations and researchers have to dedicate funds and resources to sex and gender diversity in all relevant studies plus research to fill the gaps in knowledge.

“Biases are not moral failings; they are habits of mind,” says Denise Davis, MD, clinical professor of medicine at the University of California, San Francisco, and faculty physician at the San Francisco Veterans Affairs Medical Center.

For anyone who needs them, here are a few tips to help you and other clinicians identify and combat gender bias:

As you choose to challenge gender bias, don’t forget that also means challenging yourself — and women, that includes you, too.