Barrier methods of contraception — types, pros & cons, and the best one for you 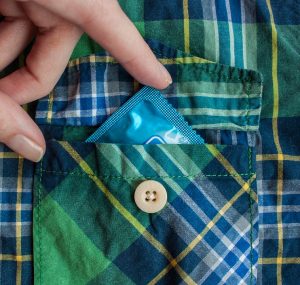 I’ve often heard it said that the best camera is the camera you have. What use is the fanciest of image-capturing devices if you don’t have it at the ready when that perfect moment flits by? Often, the best camera is simply your phone camera — because it’s right there in your pocket.

I like to say the same about barrier methods of contraception — the best condom is the one you’ll use. To clarify, barrier methods are any form of pregnancy prevention that physically block sperm from entering a woman’s uterus — the most common of which is the condom. In a recent Healthline article, I shared my favorite types of condoms, along with several colleagues. Peruse “Top-Rated Condoms and Barrier Methods, According to Gynecologists” for information on organic condoms, latex condoms, and more.

If the free condoms at Planned Parenthood make condom use attainable, those are the best condoms for you. If you have a latex allergy or other sensitivities, you’re probably much more likely to use an organic or latex-free condom.

The most commonly used barrier method, the male condom, comes in many forms. I shared my partiality toward non-latex condoms in a recent Healthline article. They are widely available, offer lower possibility of allergic reaction (for either partner) and protect against STIs.

These barrier methods can be successful for pregnancy prevention, though both require a prescription. It’s also worth noting that, unlike the condom, they do not protect against transmission of STIs

This barrier method is not as common as condoms are, but are a great choice to protect against some types of STIs during oral sex.

If time and finances afford selectiveness for you, then be persnickety when it comes to your condoms. If not (and your goal is spacing [link to birth control blurb] or STI protection), any barrier method is better than none at all.